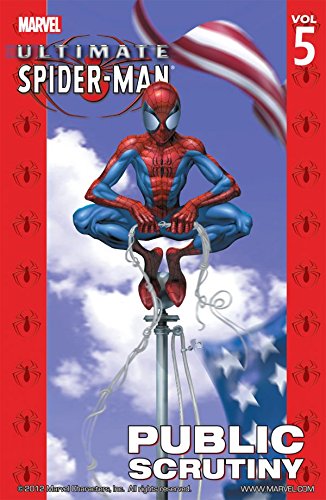 Our run-through of Ultimate Spider-Man continues, as this week, a Spider-Man copycat terrorises New York City!

Public Scrutiny is the fifth volume of Ultimate Spider-Man, wherein the adventures of Peter Parker are reimagined for a new audience in a more updated setting than the classic sixties comics.

In this particular story, unlike prior volumes, Peter doesn’t actually face any superpowered threats. Classic Spider-Man foe Rhino makes an appearance, but his role is rather minimal. Instead, this arc focuses on Peter Parker’s civilian life and the downsides that come with being… 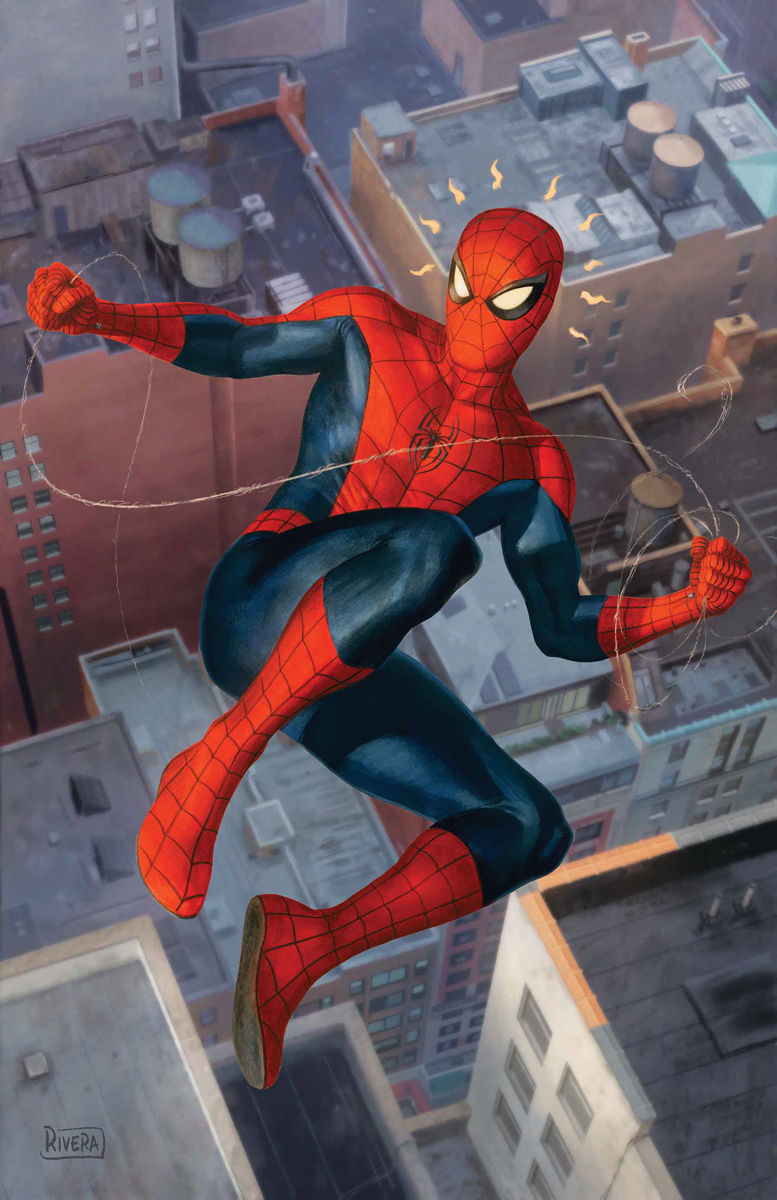 Peter Parker has defeated the Green Goblin, Shocker, Kingpin, Electro, Doctor Octopus and Kraven the Hunter, but nothing can prepare him for his latest battle – the battle to keep the public on his side!

As a copycat begins robbing banks dressed as his alter-ego, Peter Parker struggles to maintain control of both his personal and superhero lives 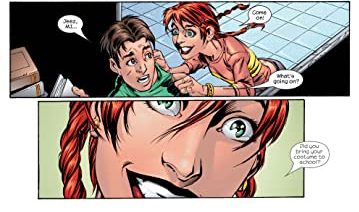 Bar brief cameos by Rhino, Iron Man and the Wasp, Public Scrutiny is devoid of any super-powered foes or world-ending threats and instead is carried mostly by the drama of how Spider-Man’s mere presence in the world affects his life. 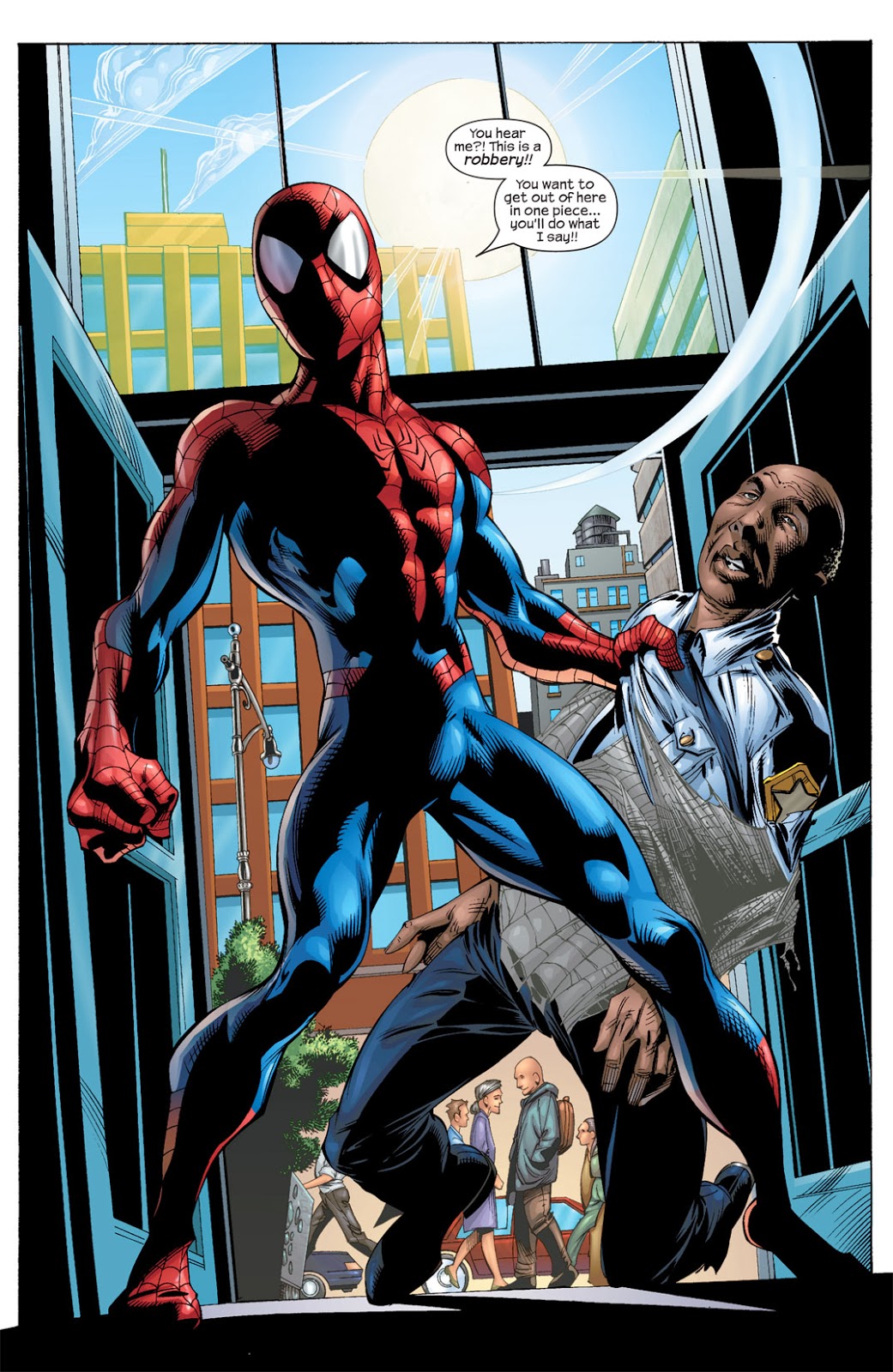 From Peter struggling with the idea of a criminal gallivanting around in his costume to the continued development of Gwen Stacy’s story and how she fits into this updated world and how that affects Peter and Mary-Jane’s relationship, this writing here is at its peak.

There’s a lot of dialogue, sure, but it all serves its purpose and doesn’t meander into the nonsensical like Legacy was sometimes prone to do.

Furthermore, seeing Spider-Man deal with a threat that is so small-scale seems like a breath of fresh air, especially when the Amazing Spider-Man is an Avenger, and the movie Spider-Man has spent just as much time in Europe and space as he has in Manhattan, and is now seemingly getting into adventures through the multiverse.

The fallout of this arc is every bit as important to this version of Peter Parker as battling Mysterio and Thanos was in those respective movies, and in some ways, more interesting.

This back-to-basics, no-nonsense take shows a big part of why Spider-Man appeals. His adversary isn’t necessarily the murdering, thieving copycat – it’s his failing public opinion and the struggle of balancing his superhero life and the trouble it brings with his civilian life and all the drama that resides therein.

Great stuff from Bendis and co.

All-in-all, I give Public Scrutiny a…

Thanks for reading! What kind of story do you think works best for Spider-Man? Let me know in the comments below!