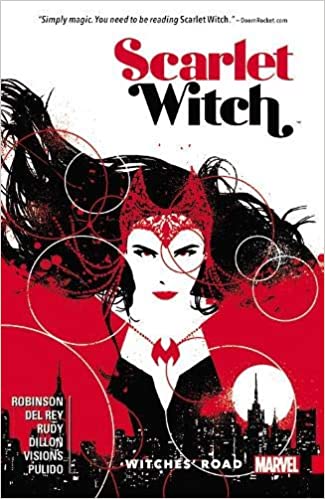 With two days to go until the Marvel Cinematic Universe breaks into TV, it’s time to take a look at the stars of WandaVision!

They’re quite an unusual couple, but before we see how they work together on TV, we should first understand who these two heroes are in their own right. We’ll check out the Vision tomorrow, but today, we’re focusing on the… 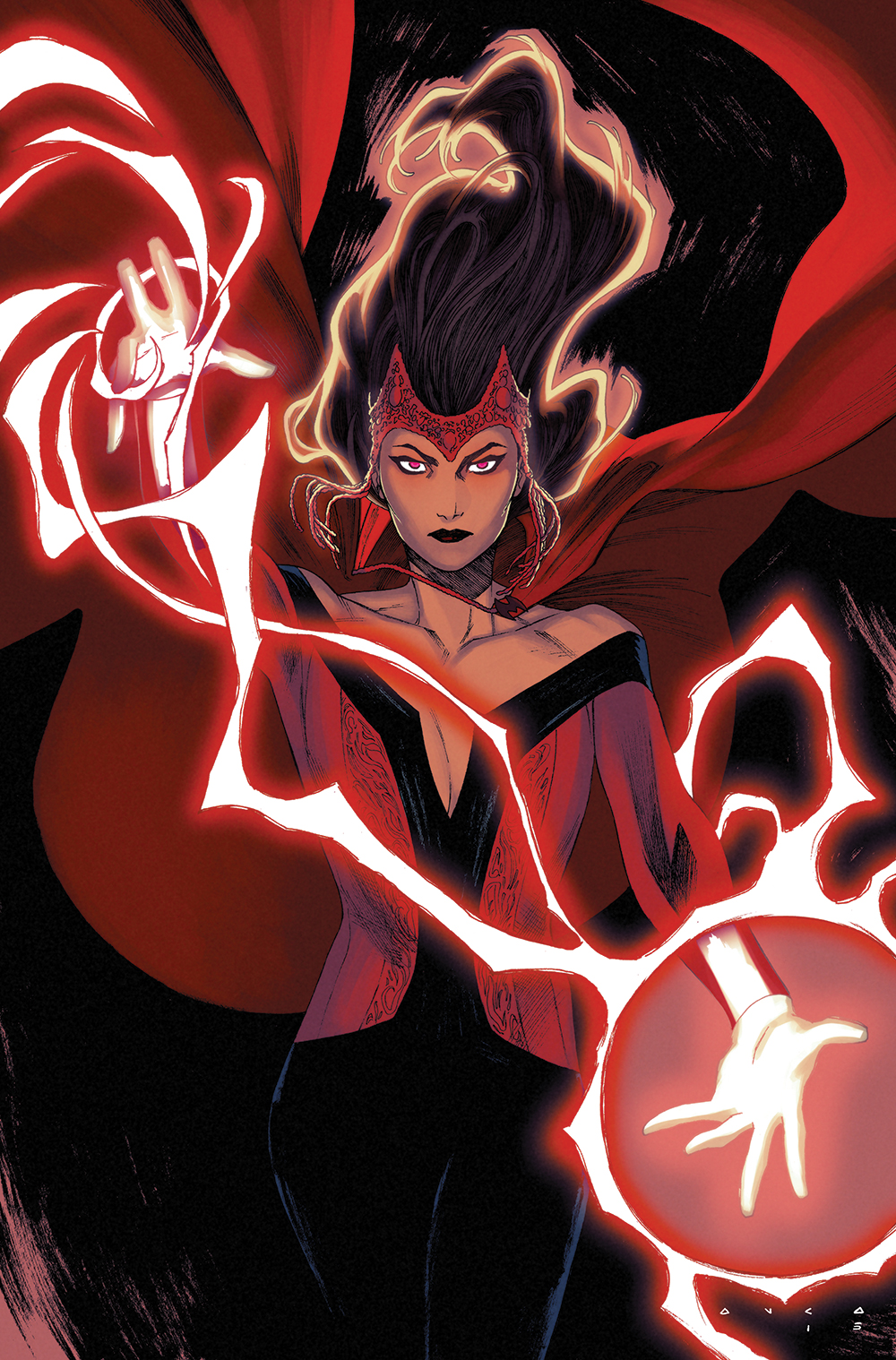 Believed to be the mutant children of Romany couple Django and Marya Maximoff, Wanda and her older brother Pietro were abducted at a young age by the scientist known as the High Evolutionary to awaken their powers.
While Pietro gained superhuman speed, Wanda gained the power to manipulate probability and even reality itself, through her ‘Hex Bolts’ and tap into a demonic force known as ‘chaos magic’.
When their powers became evident, they were inducted into the Brotherhood of Evil Mutants by another man who believed himself to be their true father, the mutant terrorist known as Magneto.
After a few bouts with the X-Men, the pair renounced their villainy and joined the Avengers, who were looking for temporary replacements for some of their founding members. As Avengers, Wanda and her brother found a new purpose, and Wanda even found love in the form of the synthezoid Vision, with whom she, for a time, willed children into existence. Now a free agent, Wanda struggles to control her immense powers and their devastating potential, while also using them for the betterment of humanity.

Unfortunately, while Wanda’s popularity has risen as a result of her appearances in the Avengers films (and will no doubt continue to do so from Friday onwards), she hasn’t had the best time during the 21st century. 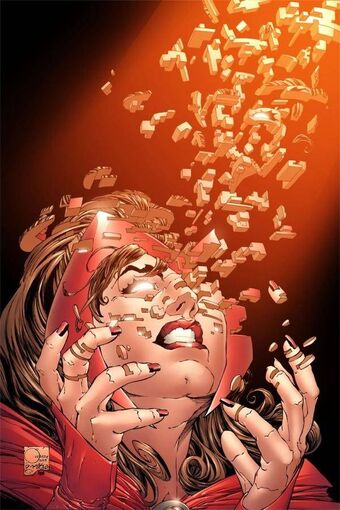 Early on, she lost control of her powers and decimated the Avengers in Avengers Disassembled, and then, as a follow-up, she twisted reality in an attempt to appease her father Magneto and her fellow heroes in House of M. As you can imagine, things went south pretty quickly, and that particular event concluded with Wanda wiping out the majority of the mutant population. As if that wasn’t enough, over in Ultimates (a more modern reimaging of the Avengers franchise) Wanda was embroiled in an incestuous relationship with her brother, and later killed off.

While the next decade saw her somewhat redeemed, or at least partially absolved of her attack on the Avengers (it turned out she had been manipulated by Doctor Doom), the damage had been done, as she had to endure a decade worth of stories wherein the other heroes either feared or looked down on her.

On top of all that, when Marvel was doing their best to synergise their comics with the movies, regardless of whether or not it made sense, Wanda was met with the shocking revelation that Magneto was not actually her father, and she and her brother were not actually mutants – just genetic experiments by a villain known as the High Evolutionary.

But at the end of the day, Wanda remained a hero – and even without mutation making up a part of her character, she still can fall back on the fact she’s a powerful sorcerer.

As such, after Marvel reworked how magic functioned in-universe in the pages of Doctor Strange during one of their ‘Marvel NOW!’ initiatives, Wanda was given the perfect chance to get back to her roots as a witch and headline her own title.

Something is wrong with witchcraft, and Wanda Maximoff is on a quest to fix it.

Haunted by the heinous acts she has committed in days gone by, the Scarlet Witch seeks redemption and the chance to restore light to the world of magic.

Travelling across the globe, Wanda’s journey takes her to haunted nunneries, cursed villages, a Minotaur’s labyrinth, New York crime scenes and a quiet Parisian rooftop, where a once great superhero ponders the meaning of life. 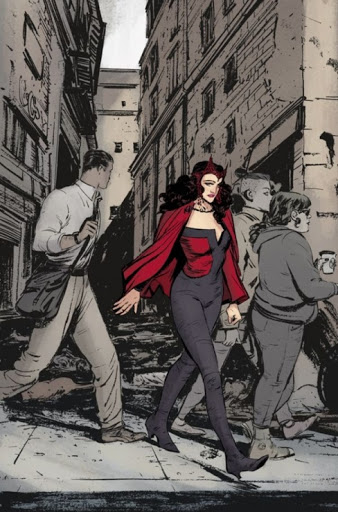 The Scarlet Witch’s back catalogue of solo books is sorely lacking, making Witches’ Road a good place to start.

In fact, prior to Witches’ Road, Wanda hasn’t really had anything in the way of a solo, ongoing series. She’s had a limited series, a few one-shots and a couple of ongoings in which Vision co-starred.

It’s a welcome delight then, that this first outing is as good as it is.

Penned by James Robinson, Witches’ Road presents a series of stories that give a fascinating snapshot into not only the world of the Scarlet Witch but also the world of witchcraft in the Marvel Universe. Carving out a realm for Wanda to operate that is distinct from the magical tales of Doctor Strange and his ilk, Robinson crafts an informative and touching story that really hammers down Wanda as a magical hero as opposed to the reality-bending mutant she used to be. Furthermore, he doesn’t ignore the decade of torment Wanda has endured prior, instead, using it to amplify her character and humanise her, despite her awesome powers.

He’s joined in this task by an array of unconventional artists, who dazzle with their absolutely stunning work.

From the moment the story kicks off, Vanesa Del Rey treats us to a beautiful snapshot of Wanda fighting demons in New York, perfectly blending the murkiness of the tale with colourist Jordie Bellaire’s subtle dashes of colour to play up the more magical aspects of the story.

Marco Rudy takes over next, giving perhaps the book’s best-looking issue, as Wanda communes with the Greek Goddess Hekate and tackles the Minotaur. His art isn’t constrained by the usual format of comic books, twisting panels around splashes of vibrant colour and mind-bending imagery. While his work, and that of some of his fellow artists, does near the line of becoming somewhat indecipherable, ultimately it comes together in a series of pages that is astonishing to behold. 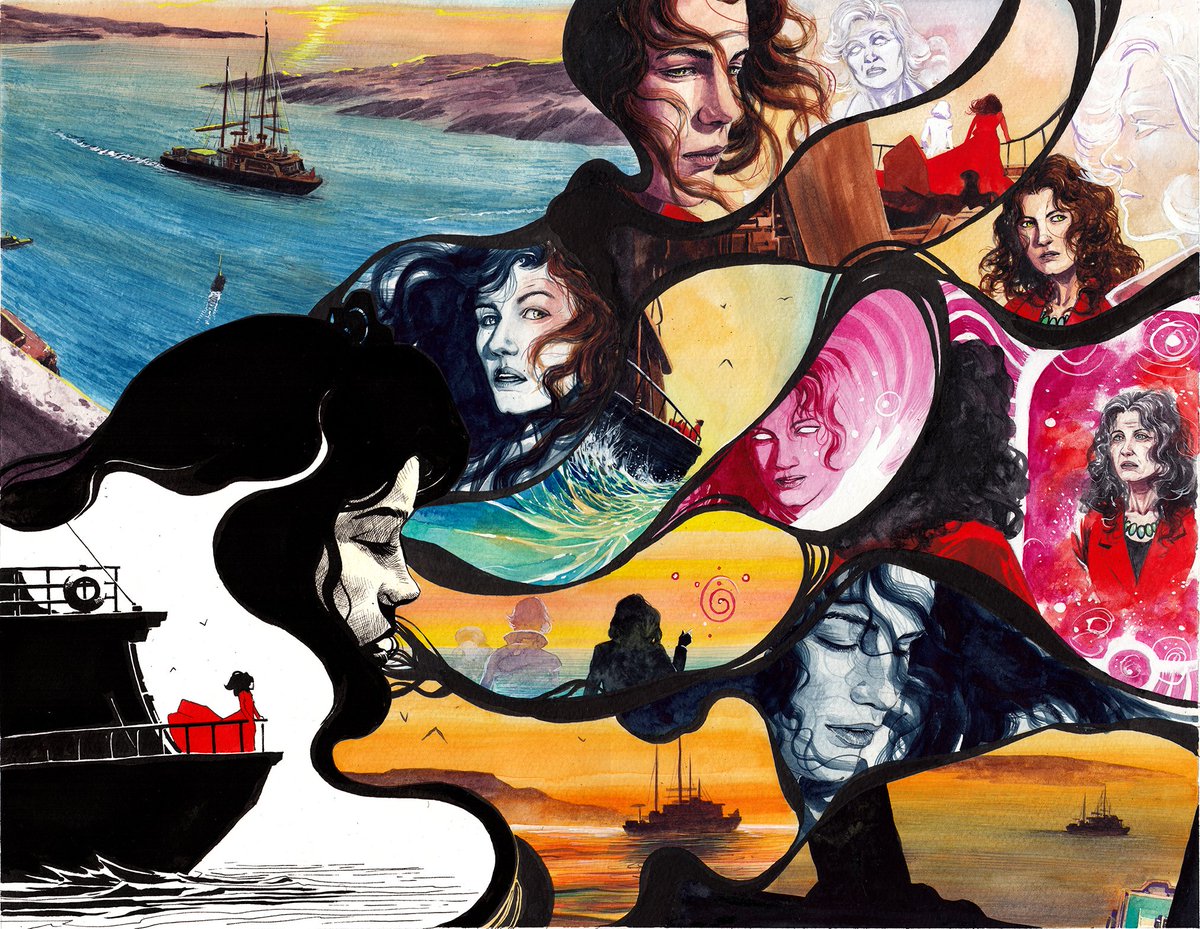 From there, the book pivots to what is perhaps the most bizarre choice of the lot, as Steve Dillon – famous for his work on books like Punisher and Preacher – takes Wanda and the readers to rural Ireland. An esteemed artist, Dillon’s work is so bizarre in that it is much more conventional than those drawing around him. Still, he holds his own all the same.

Dillon’s issues are shared with Chris Visions (I know, how perfect), who once again blesses us with wonderfully imaginative imagery, as he and Robinson introduce us to something Wanda has been sorely lacking thus far – an archenemy. In the Emerald Warlock, Robinson and Visions present a fascinating new character, already rich in history and with a subdued, yet memorable look that I can’t wait to see more of. 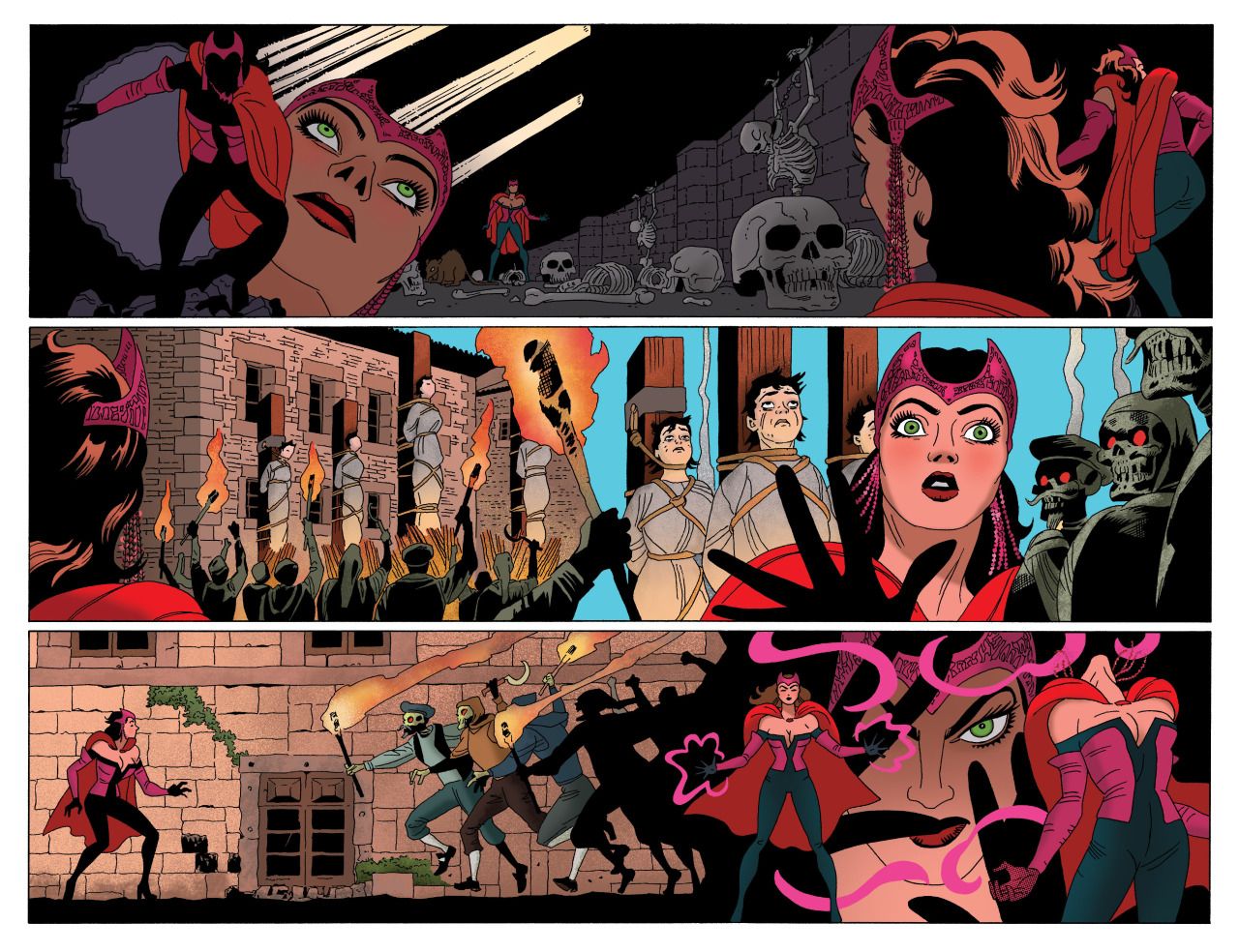 From there, the book delves into the more cartoonier styles of Javier Pulido and Marguerite Sauvage, both of whom keep up the trend of making this book a real treat for the eyes. Their abstract pieces really highlight the otherworldly nature of Wanda’s escapades, and the emotion that resonates through Sauvage’s work, in particular, serves as a perfect note to end on.

Whether you’re interested in Wanda’s adventures through the world of witchcraft or not, some solid writing by Robinson and this gallery of unique and exciting artists make Witches’ Road worth the read.

All-in-all, I give Scarlet Witch: Witches’ Road a…

Thanks for reading! Are you excited for WandaVision? Let me know in the comments, below!