Ever since Jamie Foxx rejoined the Spider-Man universe, fans have been clamouring for a live-action adaptation of Spider-Verse, replete with the Toby Maguire and Andrew Garfield Spider-Men from days gone by.

But is the Spider-Verse story worthy of adaptation? Not the Spider-Men storyline Into the Spider-Verse leans closer to, but the universe-hopping extravaganza that saw EVERY SPIDER-MAN EVER team up against seemingly unbeatable odds? Let’s find out… 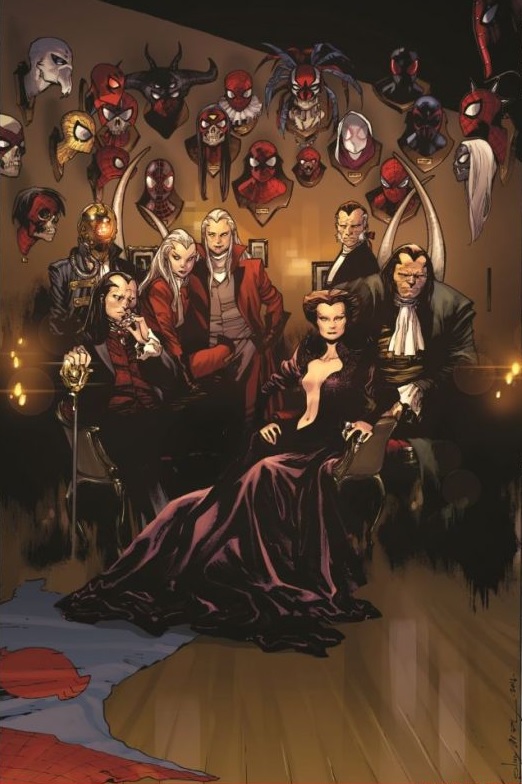 PLOT: Spider-Man’s old foe, the totem-hunting Morlun, has returned. In previous battles, Peter Parker has only just managed to gain the upper hand against this being of incredible strength and resilience, barely escaping with his life each time.

But this time, Morlun isn’t alone. Together, under instruction from his father Solus, Morlun and his siblings are cutting a bloody swathe across the multiverse as they feast on the Spider-Men and Women from different universes.

The only way to stop them? By uniting every Spider-Man and Spider-Woman (and Spider-Pig?) to stop Morlun and the ‘Inheritors’ from wiping out their kind once and for all. It’s the battle of a lifetime, and Peter Parker must lead his fellow web-slingers against his seemingly unkillable foe. But not everyone is happy seeing Peter in command, least of all the ‘Superior Spider-Man’ – Peter’s own past self mind-swapped with Doctor Octopus!

REVIEW: I recently wrote about how I really hope that the MCU Spider-Man 3 isn’t the Spider-Verse movie many people are asking for, and figured a review of the comic story might highlight why.

There have been various different iterations of the Spider-Verse story. Into the Spider-Verse is obviously the most commonly known one, but it actually shares more similarities with a comic called Spider-Men than it does the actual Spider-Verse comic story, which itself was inspired by the 2010 video-game Shattered Dimensions.

The key differences are that Spider-Men/Into the Spider-Verse, are the story of Miles Morales and how he comes to meet, and learn from, the more experienced Peter Parker of another universe. Meanwhile, actual Spider-Verse/Shattered Dimensions are about different versions of Peter Parker (and a few others) from across the multiverse battling a threat that could destroy them all, and potentially, the universe as we know it.

The stakes are very different in both of them. Even the concept itself differs. One would be a nice, but now redundant potential story for Spider-Man 3 (what with Into the Spider-Verse already existing) while, the other would be ramping up the story unnecessarily just because people want to see Andrew Garfield and Toby Macguire come back to the big screen.

Because actual Spider-Verse would not make for a good movie.

I say this with love, but it’s far too comic-book-y. 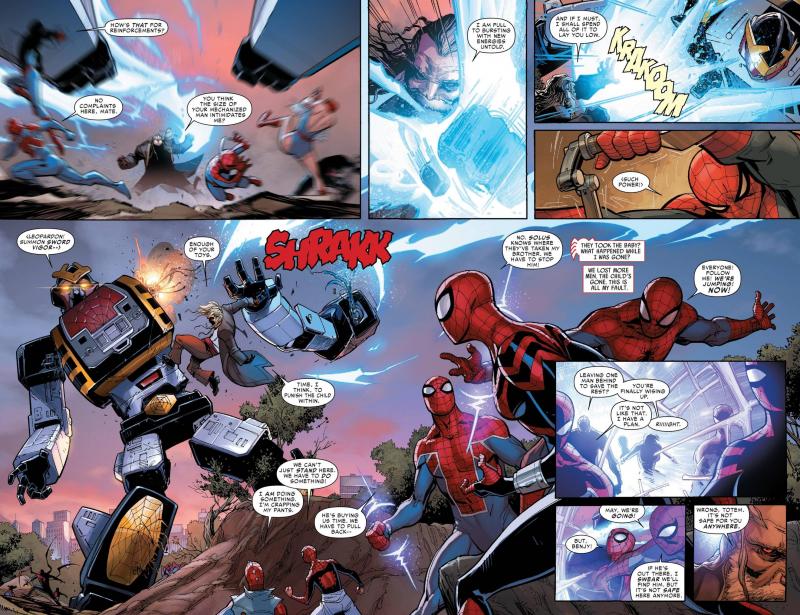 It’s wild and frantic, with so much going on that if you just read the core Amazing Spider-Man issues, you get the story but miss out on a lot of the details. In the first couple of issues, a wealth of different Spider-characters spin off into different stories to play a different role in the war against the Inheritors, while the main Amazing series focuses on the primary Peter Parker and what’s going on around him.

As such, as a comic, there are times where you might feel like you’re missing out (if, again, you’ve opted to read the Amazing storyline and not the collected crossover as a whole), but there’s enough context provided, and enough of an emotional throughline for Peter Parker that it isn’t too much of an issue.

What is, perhaps a bit of an issue is that, at times, this story feels a bit off – it tries to achieve so much, so fast, with heaps of additions to the lore and deep dives into old concepts piled on with abandon, and in a way, it feels like it’s a bit too much.

There are so many characters and choices thrown in for little gags or action sequences that don’t always land or feel rather fruitless due to how quickly they’re brushed to the side. In many ways, these cameos are more just visual cues for enjoyment as opposed to additions to the core story.

As such, the best part of this story is probably not even the ‘Spider-Men of the multiverse’ aspect, it’s the way it acts as a form of closure for Peter Parker following having Doctor Octopus swap minds with him during the events of Superior Spider-Man. Seeing these two Spider-Men bounce off each other and comes to blows is infinitely more interesting than the fight with Morlun and his Inheritors.

Still, overall, it’s a fun story that, despite it’s grand scale still has an important emotional arc for Peter Parker. The Superior Spider-Man factor is an added bonus, and the art from both Olivier Coipel and Guiseppe Camuncoli is so enthralling, vibrant and detailed that it takes you a few pages to even realise the artists have swapped roles (usually, an art change stands out like a sore thumb due to the contrast in quality). Both give their all to this comic, each playing to their strengths and delivering a book that, for the most part, flows surprisingly well despite their very different styles.

Despite any small hang-ups I may have, it’s for these reasons that I give Spider-Verse a…

I still don’t want to see a live-action adaptation though.

Anyway, thanks for reading! What do you think of the Spider-Verse concept? And what’s your favourite Spider-Man variant? Let me know in the comments below!