The time is upon us, fellow DC fans.

The FanDome is a go! It’s currently 6.00pm here in Britain, and thus my coverage of the DC FanDome – the online convention for all things DC – begins. You can watch all eight hours of content on dcfandome.com, which will then be repeated twice over the 24 hour period. Then it’s gone.

I’ll probably post at the start and update things as we go.

So let’s get into it!

6.07pm – We’ve had a bit of preamble to get things going, hosted by Aisha Tyler and a few others from around the globe. After a compilation of DC movies, TV shows and video-games, the Wonder Woman 1984 panel has begun.

6.10pm – Gal Gadot and Patty Jenkins said something that I missed due to that aforementioned crash. Hopefully this isn’t how things continue.

6.15pm – Venus Williams showed up to ask who would win a tennis match between Wonder Woman and Cheetah. Kristen Wiig thinks Cheetah.

Chris Pine is talking about being the fish out of water this time around. He points out how it’s helpful as a human to take a step back and appreciate what’s around you.

They’re moving onto most memorable moments next.

6.20pm – Kristen’s was the point in an intense fight between her and Gal’s character, wherein Gal accidentally pulled off Kristen’s wig. Chris Pine is amazed by the details of filmmaking, in awe of shutting down whole areas of a city to make a movie.

She’s a big fan of all those involved. Seeing Gal on screen as the character made Lynda’s daughter understand why everyone was so in awe of her mother.

Jenkins and the cast are reaffirming why Lynda’s show was so important to everyone, and how they plan on carrying the torch she lit as opposed to just reimagining the character.

6.22pm – Gal Gadot is stressing the importance of getting more female superheroes while they look through fan art and coplays. She stresses that being able to see something of themselves in the characters makes things come alive even more.

As they wind things down, Patty’s preparing to drop the new trailer.

6.25pm – Obviously, things look pretty exciting. Pedro Pascal’s character (Maxwell Lord) is promising to give the people of the United States whatever they can dream of, while Kristen Wiig’s character motivation is set up.

There’s a lot of great moments in the trailer. Cheetah in full cheetah mode looks excellent.

My excitement for this film has definitely been amped up.

18.27pm – They’re showing some great fan art now. Meanwhile, I’m questioning whether this was, in fact, the best way to approach this write-up. It’s not very dynamic. I’m also hoping the rain will stop soon so I can order some food. I don’t want to be a dick. 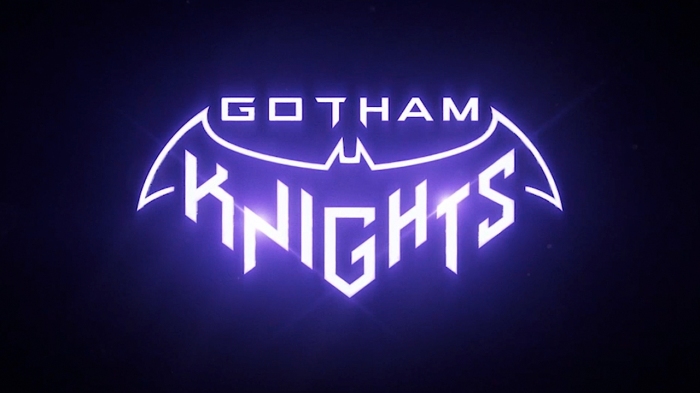 18.34pm – The costumes and gameplay look pretty awesome. Each character’s playstyle looks unique. I’m excited to see where this goes. I was under the assumption that this wasn’t a continuation of the Arkham series, but it seems like it could be?

The villain is the Court of Owls, they look suitably creepy.

The game releases next year.

18.36pm – Vehicles make a return from Arkham Knight, as gameplay footage shows Batgirl riding a motorcycle en route to the site of a Mr. Freeze attack.

18.40pm – So far, this all looks very Arkham, unsurprisingly (as Warner Bros. Montreal previously made Arkham Origins). However, things seem to be more colourful, what with the focus now on Batman’s various supporting characters rather than the Bat himself. I’ve just now realised the game’s title doesn’t actually have ‘Batman’ in it, despite what I previously thought.

18.45pm – Very Arkham, Freeze looks like he’s been plucked from the previous games. Supposedly ‘the mystery in Gotham Knights is much bigger than the Court of Owls’. Intriguing.

18.46pm – As much as I love comic books, I’ll probably going to be sticking to the movie and video-game stuff tonight. So Imma take a break. Hope you’re enjoying DC FanDome! (oooh, look, Neil Gaiman).

19.03pm – I’m back briefly before I move onto the next post. Just thought I should mention, as someone pointed out on Twitter, Barbara Gordon is Batgirl in this, ie. not in a wheelchair, which means this is almost certainly not set after Arkham Knight. I know, I’m dumb.

I need to rewatch that trailer. I may do a follow-up post tomorrow with all the ‘best bits’.

But yeah, this is presumably a new universe of bat-games, so maybe Batman will end up being in this after all?