This post was originally posted on New to Comics back when it was its own site, but after a workshopping session with my good friend Ollie over at Black Olive Gaming, I thought I’d update it and bring it back while I tinker with some suggestions he made behind the scenes. Perhaps it can also be a springboard into more Star Wars comics. We’ll see how it does. 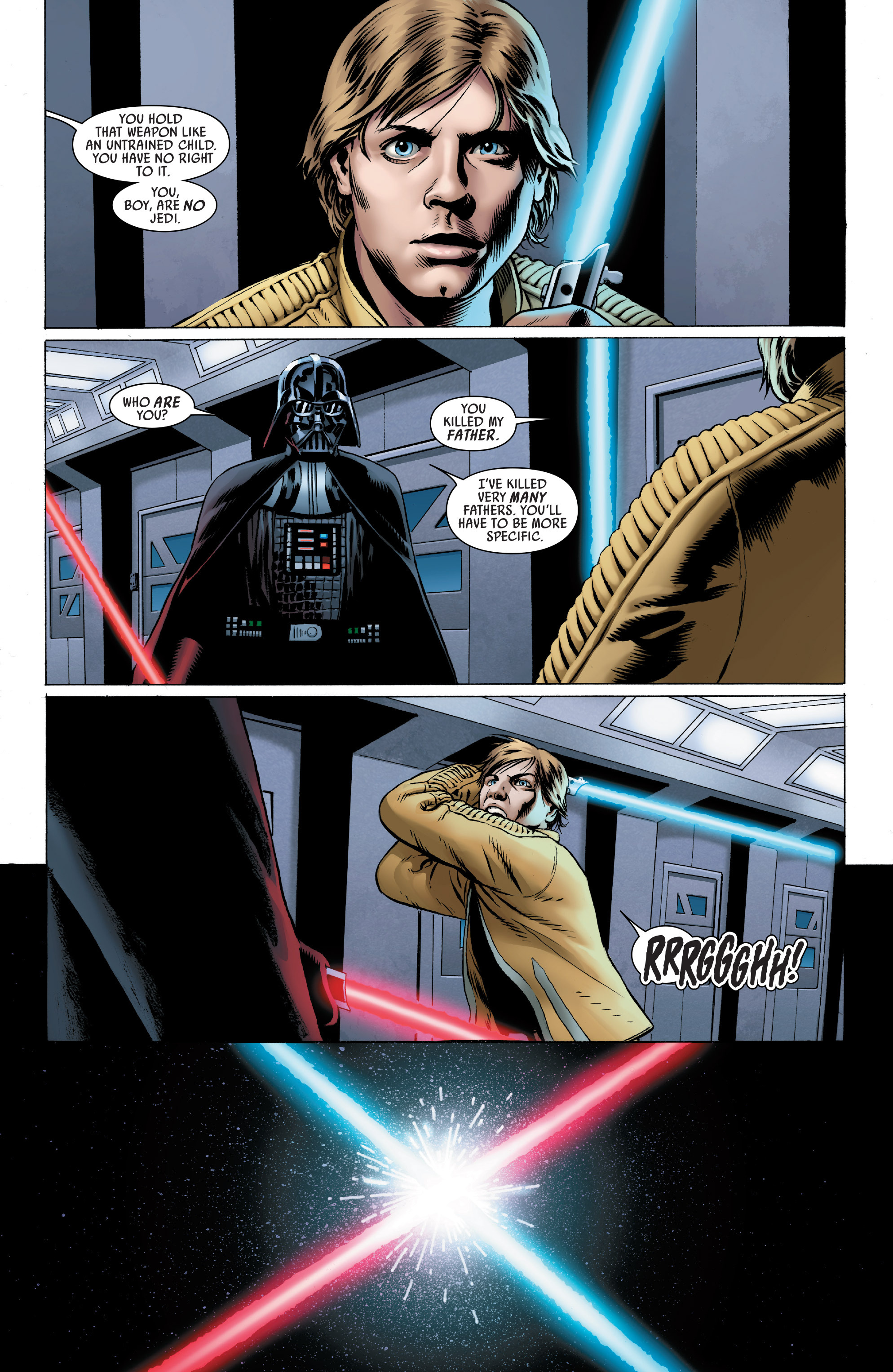 No doubt, if you’re on a site like this, you know the basic story of Star Wars, so I won’t do a deep dive into that. Spaceships. Jedi Knights. Sith. Smugglers. Aliens. Heroes and Villains. Good versus Evil. You know the deal.

As for this particular comic, Skywalker Strikes picks up fairly soon after A New Hope and follows our rebel heroes as they continue to strike out against the Empire in the wake of the Death Star’s destruction. It’s the first story in the modern Marvel Star Wars line, which they started publishing after their owners, Disney, bought Lucasfilm and the various properties it owned.

The comic book run is actually the second to come out of Marvel, as they initially made the comics way back in the seventies and eighties. That prior series ran for over 100 issues, with three annuals, and was infamous for featuring Jaxxon, a giant green rabbit, as one of the primary characters.

Jaxxon was actually referenced on the variant cover for the first issue of this series, as Marvel pokes a bit of fun at their former editorial choices.

Anyway, after Disney’s purchase of Lucasfilm, they decided that they would reset what was and wasn’t canonical in the Star Wars universe. Since the original film’s debut in the late 70s, hundreds of stories had been released as comics, video-games, TV shows and books, and things had gotten… muddled. Following the Disney acquisition, only the movies and The Clone Wars remained canon, and the Star Wars comic would explore the new stories that took place around the time of the original trilogy.

Secretly the son of famed Jedi Knight Anakin Skywalker and Queen-turned-Politician Padmé Amidala, farmboy Luke Skywalker lived a simple life on the desolate desert planet of Tattooine until the day his aunt and uncle were slaughtered by the evil Empire after coming into possession of two valuable droids.
Under the tutelage of Jedi Master Obi-Wan Kenobi, Luke set out on an adventure across the stars, meeting rogue smuggler Han Solo and his first mate Chewbacca, and helping Kenobi save Princess Leia Organa.
Now a part of the Rebel Alliance, Luke fights against the Empire, while learning the ways of the Jedi, hoping to master the power of the Force so that he can defeat the nefarious Darth Vader and his Emperor, Palpatine, as the ‘Last Jedi’.

After their success in destroying the Death Star, Luke, Leia, Han and Chewie proceed to carry out hits on the Imperials, starting with the industrial world of Cymoon 1. But in true rebel fashion, things don’t go as planned, and Luke Skywalker is finally brought face to face with the menacing Darth Vader.

As the rebels struggle to pull off their destructive mission, Luke duels the Dark Lord of the Sith, encouraging Luke to seek out more knowledge about the Jedi, and Vader to learn more about the identity of this mysterious pilot who somehow has possession of his old lightsaber…

Literally, the only required ‘reading’ for this comic-book is the original Star Wars movie, so you should be able to get into it pretty easily.

It’s in keeping with the trend of current Star Wars films, in that it is extremely referential to the classics. Dialogue and imagery both mirror scenes from the Original Trilogy, with moments that are sure to make you tingle with nostalgia. Although I imagine anyone who wants to pick up a copy would enjoy this, I think this comic, or the first arc, at least, is primarily aimed at big-time Star Wars fans.

I can only imagine this is because Jason Aaron, the writer, is a pretty big Star Wars fan, and that’s something that really shows. A lot of the moments in this first arc read somewhat like fan speculation about what would be ‘cool’ to see (not unlike The Mandalorian).

In fact, there are tons of great moments in this story. It’s a Star Wars fans dream. From the classic opening of ‘A long time ago, in a galaxy far, far away…’, it feels less like you’re just reading a good comic book, and more like you’re watching a brand new Star Wars film. A really good Star Wars film. One with all your favourite characters. Doing all your favourite things. Interacting with all the people you always wanted them too. Revealing secrets you never could have dreamed of.

And it’s all stunningly depicted in John Cassaday’s art, which really captures the spirit of the characters in his drawings (even if they do occasionally look a tad wonky *cough*Vader*cough*), as well as the world they live in.

The force is strong with this comic, and so, all-in-all, I give it a…

Thanks for reading! Have you read Marvel’s Star Wars comics, and if so, what did you think? What’s your favourite era of Star Wars? Let me know in the comments below!