Despite a somewhat lacklustre eleventh series, I was still excited for the release of the Doctor Who New Years Day Special, ‘Resolution’. However, my excitement still lulling after showrunner Chris Chibnall’s debut season, I once again found myself in no hurry to watch the new episode.

Fortunately, this episode, I feel, was in many ways stronger than it’s predecessors, albeit it far from perfect. 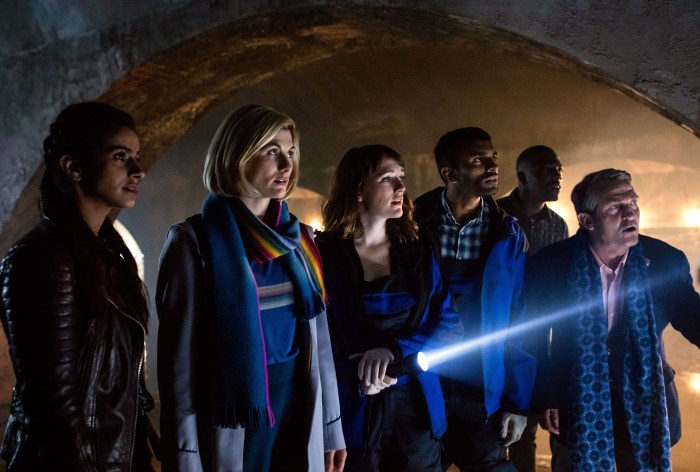 The quality of the dialogue, for one, wavered immensely. Sometimes it was investing, such as when it dealt with perhaps one of the few throughlines of the show – Ryan’s issues with his father. Other times, it was quite cringey and overly cheesy; there were several moments when my girlfriend and I (both of us owners of some form of English degree) would stop and turn to each other after a particularly awkward line was delivered. But hey ho, it’s Doctor Who; occasionally being cheesy and awkward is part of its charm.

The story, however, was generally much more enthralling than what we’ve been treated to this series. As I lamented in my main review, sometimes I just want to see the Doctor fight some Daleks, and not be overwhelmed with social commentary (that did briefly feature here in the form of a joke, and it was perhaps the most awkward line of the episode). Finally, I got my wish, although not in the way I was expecting. What was particularly interesting about this episode is the way the Daleks are utilised.

The episode revolves around a great battle many centuries ago, in which several tribes banded together to slay a reconnaissance Dalek, who is then revived in the present day, minus its armour. As the Doctor and the gang try to track the alien down, the Dalek must use its ingenuity to restore itself to its former glory so it may claim dominion over the Earth.

Seeing a Dalek out of its shell for so much of the episode meant that writer and showrunner Chris Chibnall had the chance to show how dangerous the Daleks can be even when they’re not inside their salt-shaker tanks. To this end, the Dalek demonstrates new abilities and a particularly gruesome look that really made the creature feel threatening. There were times when its actions caused me to snap out of my suspension of disbelief, as I questioned how both the Dalek and the Doctor in the season premiere can make such advanced technology out of boxes of junk, or how this Dalek apparently had the ability to revive itself after being dismembered over a thousand years ago, but whatever, its science-fantasy, I suppose you can bend the rules occasionally.

However, regardless of whether everything made sense, the way it was all depicted was especially strong. The production design on this episode was top notch for Doctor Who, and I particularly enjoyed the dumpster-diver Dalek casing that the creature was able to make – similar, yet different. The ensuing action was explosive and exciting, and really made the Dalek feel threatening, unlike Tooth-Man-McGee or that other-dimensional frog thing from previous episodes.

I felt the acting, for the most part, was also pretty good. Bradley Walsh (once again the best part of this series) and Tosin Cole continue to be stellar companions, and seeing their characters deal with the situation of Ryan’s Dad returning to the fray was one of the highlights of the episode. The same could not be said Mandip Gill, unfortunately, whose acting was fine, but whose character, Yas, still seems to be somewhat superfluous to the show. Hopefully that will be remedied in season 12… in 2020…

Ugh, for fucks sake. Why so long?

Anyway, all-in-all, I give it: