I don’t think I’ve ever 100% completed a game before. There are games that I’ve attempted to do it with, but eventually lost interest in, like the Batman: Arkham games. Not because I stopped caring about the games so much as some of the tasks can eventually become quite tedious.

But having bought Marvel’s Spider-Man at full price, I wanted to get my moneys worth (especially as the only other game I’ve bought full price since games became £40+ is Star Wars Battlefront II, so they have to be pretty special to actually warrant me spending that kind of dough).

In playing Spider-Man, however, that didn’t seem like a daunting task. The way the game is set out, and the way the various achievements (or Trophies, as they’re known on PlayStation – I personally preferred ‘Achievements’, but whatever) work meant that it was rarely, as I said before, tedious.

So having just completed the game and earned the Platinum ‘Be Greater’ Trophy, I thought I’d go through some of the trophies I’d collected and use them as prompts for things that I may not have covered to a great extent in my review. There will be spoilers.

As you play through Spider-Man, you’re often given the chance to upgrade your attacks, tricks, gadgets and such through various skill-trees. As you slowly collect all of these skills, it becomes truly evident how much love and care Insomniac have put into this game, and although playing at the beginning makes Spider-Man look good, by the time you’ve mastered all the tricks and play-styles, playing this game makes Spider-Man look truly spectacular. Everything is so fluid and cinematic, it’s beautiful and one of the reasons this is no doubt the best Spider-Man game out there.

Plus, once you’ve upgraded your gadgets enough, you can play the game in a wealth of different ways. There’s enough variety going along that if you, say, wanted to take down a group of enemies without throwing a punch, and simply using gadgets, you could do. And most of those gadgets make sense for Spider-Man to be using, so bonus points for being faithful to the source material.

This was the final Trophy I had to collect to complete the game. And boy, did it take a while. The ‘I Heart Manhattan’ Trophy is achieved by getting a 100% completion score in every district of Manhattan. Photographing all the landmarks, shutting down all the bases, solving the mystery of what Black Cat is up to, completing the various challenges, and stopping crimes.

It was the stopping crimes part that I ended the game on, because while other challenges and tasks (bar one) have a location on the map that you can go to and complete said challenge at your leisure, the crimes just pop up randomly, and in each district, you generally have to stop about 20 crimes. Five committed by general thugs, five committed by escaped prisoners from the Raft, five committed by Mr. Negative’s ‘Demons’ and five committed by Silver Sable’s mercenaries.

Fortunately, the crimes tend to vary between anything from robberies to car chases, so it keeps things interesting. I have to admit though that I did start to get a bit sick of dealing with Sable’s men (more on that later).

There are quite a few villains in this game, but perhaps the most interesting choice – due to the fact he’s not a Spider-Man villain, would be Taskmaster.

Throughout the game, Taskmaster leaves Spider-Man challenges spread across New York City, which range from saving hostage victims to clearing areas of explosives. It eventually turns out he’s testing you for an unknown organisation. I’m not going to speculate who because I’m not sure who would actually make sense. But before he reveals this to you, you of course have to beat him up.

The Taskmaster boss fight is quite interesting in that it actually happens twice. The first time, after you’ve completed a certain amount of challenges, he’ll just ambush you and you’ll fight on whatever rooftop you’ve fallen off of your web on to. The way Taskmaster fights is especially interesting, as, true to comics, he learns to emulate your moves as you fight him, so the more variety you use, the more dangerous he becomes. It made for a challenging fight, but by the time you’ve rounded up all the challenge tokens, it’s not too difficult to best the Taskmaster. A fun little inclusion, for sure, and I look forward to seeing where it goes.

Backpacker was one of the first Silver Trophies I got my hands on. The task of collecting all the old backpacks Peter Parker has left around the City is introduced quite early on, and whenever I wasn’t playing the main story, I generally found myself gravitating towards searching for these lost items.

It’s pretty easy, to be honest. They’re all marked on the map. It just takes up time because Manhattan’s a pretty sizeable place.

The best thing about the backpacks, however, is whenever you get one, you can go to the menu, where Peter will recount the story behind whatever’s inside the backpack you’ve found. Sometimes, it’s just a fun story of little worth, but other stories hint at past relationships and various unseen villains (like the Sandman) that really help fill this world with some context and history.

As a bonus, once you’ve got all the backpacks, you get Spider-Man’s homemade suit from Homecoming, so the backpack challenge is definite worth doing.

Black Cat has a significant part in the game, but in a similar function to J. Jonah Jameson, in that she never actually physically appears. For this reason, I was curious about how a side-mission based around tracking her down would actually work out.

To track down Black Cat, you have to locate various ‘Cat trophies’ spread around the city and take pictures of them. At first, it doesn’t seem to make a whole lot of sense, but the payoff is worth it, as it’s revealed that the trophies, collected by the police after Spider-Man locates them, cause the station to black out so she can rob it while Spider-Man is locating her secret base. As a reward, you get a special black suit that looks pretty cool.

Overall, I feel that if I didn’t know Black Cat would be appearing in this months DLC, it would be a bit of a waste of time, but as it stands, this side-mission serves as an intriguing set up for future content. 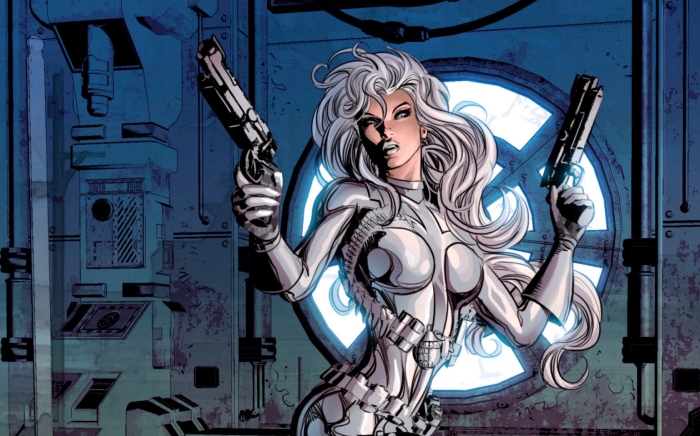 Throughout the game, as well as random crimes, you also have to shut down bases set up by different factions. Overall, like with the crimes, you have Sable bases, Demon bases, Prisoner bases and Fisk bases. These missions encourage you to use stealth, but after a certain point opperate with villains appearing in waves.

My personal favourites were the Prisoner bases, as they are perhaps the most unique, and allowed for a variety of moves and combos.

My least favourite were the Sable bases, because the various weapons Silver Sable’s mercenaries use make the whole experience rather chaotic. In fact, Sable’s mercenaries in general were perhaps the least enjoyable adversaries to face, and I found myself aching for the chance to take down Sable herself for much of the game. Which, unfortunately, never happens as she eventually comes around to understanding Spider-Man truly is a hero. I suppose it’s a testament to the writing that I found her so irksome, yet still bought in to her swapping sides.

The aforementioned ‘side-missions’ aren’t actually classified as side-missions in game, however. But there are a wealth of different stories that are. The last one I completed was the ‘Schooled’ series of side-missions, that included tracking down various college students who have been corrupted by Mister Negative.

But there were so many other missions that made playthrough a delight, from helping a widowed old man track down his lost pigeons, to facing off against other Spider-Man villains such as Screwball and Tombstone. Each mission involved a different type of playstyle and game mechanic, such as utilising Peter’s scientific knowledge or his photography skills, and when such missions ended in boss battles, such as with Tombstone, they were some of the best in the game. I love how much work went into these missions, as it really made the game feel like a more complete superhero experience.

4 thoughts on “PS4’s SPIDER-MAN: Being Greater”